Wendeen H. Eolis served as a confidante and advisor to New York City Mayor Rudolph Giuliani, for more than 15 years, in his assessment of career options in private practice, consideration of high-profile public service appointments, and campaigns for elective office.

She became a member of his inner circle in 1988, as he pondered a run for the Senate, and was increasingly active in his first two campaigns for the New York City Mayoralty. Shortly after his election, Wendeen served on his Mayoral transition team and more discretely in talent searches for "squeaky clean" candidates for high-level appointments. Early in his first term in office, she assumed an enviable role as a high-level special outside advisor, collaborating with senior officials overseeing the law department, communications functions, and City Hall operations.

Wendeen was introduced to politics and government by her stepfather, during her childhood. Her dad, who served for decades as a high-level New York State official, held an annual party at her family's upstate country home. High-ranking legislators attended the parties, usually including the Speaker of the Assembly and the Senate Majority leader along with the Chief Judge in the State and all manner of Commissioner colleagues. Wendeen remembered their names. And the names of their children, who followed them!

In 1975, while President of the Association of Personnel Services of New York (State), Wendeen made her way to Albany on her own--for the first time. It was a productive visit with legislators and commissioners who recognized her family name.  They listened to her pitch and recommendations for an overhaul to the law that regulated placement services in New York State.

Wendeen was awarded a Citation by the Senate for her contribution to the modernization of laws that governed the conduct and fees charged by placement services for professionals. The changes included an end to the prohibition against "recruitment" as well as the undoing of a 1904 law that banned couches in the reception rooms of "employment agencies." 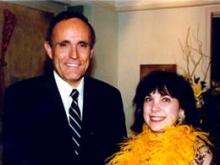 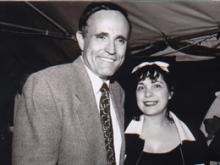 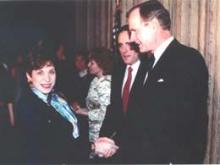