Since the inception of EOLIS, Wendeen Eolis has been an active leader and supporter of initiatives to give back--first and foremost to her alma mater, NYU. The University's late president,  L. Jay Oliva her advisor and a major influence in her decision to go into business. She has served as an advisor on theDean's counsel at NYU Law School, is a member of NYU's Torch Society, and a proud donor of  additi0nal time, funding, and services to the University.

EOLIS' award-winning law student intern program--recognized in a Citation by the Reagan White House and the  "Most Distinguished Achievement" award conferred by the International Confederation of Personnel  Services has been in continuous operation since 1969. NYU law students have been part of this program since 1969.

Wendeen has served as a leader in executive search associations in critical growth periods. She has earned numerous industry awards for her contributions to upgraded standards designed to serve and protect consumers. Her longstanding commitment to improving life and welfare for others is also demonstrated in not-for- board directorships, participation on advisory councils, government task forces and commissions. 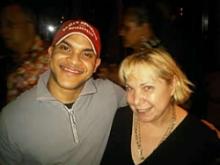 Wendeen  has served as a board member and/or as a special advisor to a host of not- for-profit organizations, educational institutions, and government affairs task forces  including New Yorkers for Children(BOD) WNYC (BOD) and as an active participant of the PENCIL Principal for a Day program, among others.

Wendeen's extensive experience as chief operations officer and civilian commander of Hope's Champion Task Force  has led to cooperation and leadership initiatives in natural disaster recovery operations such as the Gulf Coast oil spill where the spirit of the afflicted was buoyed  by a fund-raising concert of joy with the best jazz musicians from the local area.