Wendeen H. Eolis was introduced to politics and government by her father, who served as a senior New York State official during her childhood. Following in his footsteps of public service, Wendeen has worked as an advisor to mayors, governors and state legislators--on both sides of the aisle--before assuming her current leadership role as Commander of HOPE's Champion Task Force.

Wendeen served as an advisor to New York City Mayor Rudolph Giuliani, in his assessment of career alternatives, prior to leaving his position as the US Attorney (SDNY) and became a member of his inner circle during his first two mayoralty campaigns. During his initial term, she was serveed on his transition team. She subsequently assumed a senior advisory role to the Mayor on City Hall operations, including personnel issues, law department matters, and public affairs. Wendeen went on to become the first woman ever apointed to the position of first assistant to the governor in New York State (under Governor George Pataki) in 1995. Her portfolio consisted of "special projects" as well as various confidential matters. Before and since leaving the Pataki administration, Wendeen has served as an outside special advisor to local and state agencies and officials.

In the mid-70s, while president of APCNY, the statewide personnel trade association, Ms. Eolis was credited as the leading force in overhauling New York State's employment agency statute. 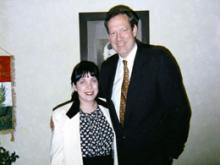 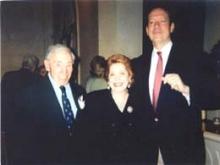