An experienced public servant and seasoned crisis consultant, Wendeen Eolis has vetted lawyers for high-level roles in the administrations of five American presidents, covering both sides of the aisle.

Following President George W. Bush's visit to New York, just days after the attacks on the World Trade Center, Wendeen Eolis got involved in disaster recovery counseling and vetting of lawyers for businesses damaged or destroyed in downtown Manhattan. With this experience under her belt, Hope's Champion Task Force was established during the Bush administration to assist Americans, allies, and friends of America in the aftermath of catastrophic events, especially overseas.

As the Chief Operations Officer in command of Hope's Champion Task Force, Wendeen has arranged for select members of the EOLIS law student intern program (which she instituted in the late '60s) as well as lawyers and legal consultants to travel on important international assignments for the government. Hope's Champion Task Force brings to the table an imposing network of contacts for its global activities and pro bono programs.

The seeds for her leadership of Hope's Champion Task Force were planted in Vietnam, where Ms. Eolis led a mission to assist Vietnam War widows in their bid for benefits under the GI Bill of Rights. From day one, she has looked upon her work for HCTF as a labor of love. 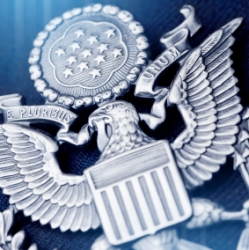 Wendeen is responsible for the overseeing of counsel recommendations to government agencies, top officials, local jurisdictional leaders and others in connection with incidents of catastrophic incidents of violence and weather related disasters around the world.​ .

Hope's Champion Task Force brings to the table an imposing network of contacts for its global activities and pro bono programs.